At its recently rearranged April meeting, held at the end of May, Hotspur Lodge No. 1626, which meets at Fern Avenue Masonic Building, held a double initiation ceremony when it had the very great pleasure of welcoming Brothers Marcus and Peter into Freemasonry.

A number of visitors attended the meeting, but one in particular had made a journey of approximately 5,650 miles to be there. W. Bro Julio, the current Worshipful Master of Guadalajara Lodge No.5 in the York Grand Lodge of Mexico, made the long journey to reciprocate a fraternal visit made in 2019 by Hotspur Lodge’s current Junior Warden, Bro. Leo. Funnily enough, when Bro. Leo made his visit, W. Bro Julio was Junior Warden in his Lodge, and now Bro. Leo is Junior Warden in Hotspur – a nice coincidence. 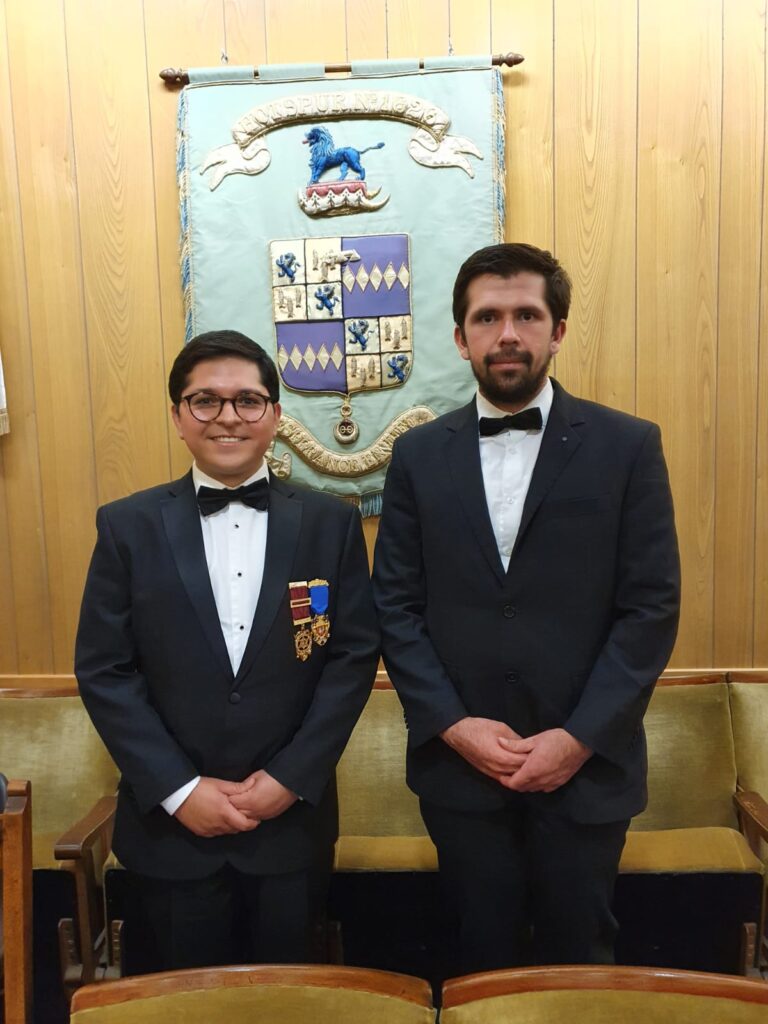 This was the first time that W. Bro Julio had visited Europe, let alone Newcastle upon Tyne with his itinerary also taking in visits to Belgium and The Netherlands, prior to travelling to the UK.

When in Belgium, Bro Julio attempted to visit the Belgian Museum of Freemasonry, however unfortunately it was closed. Similarly, whilst in London he visited Freemason’s Hall, but he was unable to see the grandeur of the Grand Temple as it was also closed. He was however very warmly welcomed at Hotspur Lodge where he received some good, old fashioned, Geordie hospitality.

Julio very much enjoyed the initiation degree ceremony saying, “It was similar, but different.” As for the Festive Board, this was totally unexpected as nothing similar is done in Mexico. So the toasts, firing and singing of the Entered Apprentice’s Song were all new experiences for him. Even the food was very different, which he said he enjoyed, especially the trifle served for dessert and the Newcastle Brown Ale.

To commemorate his visit and to provide him with a memento, Bro Leo presented him with a pair of special Hotspur Lodge cufflinks and the Worshipful Master Derek Oliver wished him very best wishes, safe travels, and an open invitation to return to Hotspur Lodge at any time in the future.

Prior to returning to Mexico, Bro Julio travelled to Edinburgh to visit the Grand Lodge of Scotland which, on this occasion, was thankfully open! 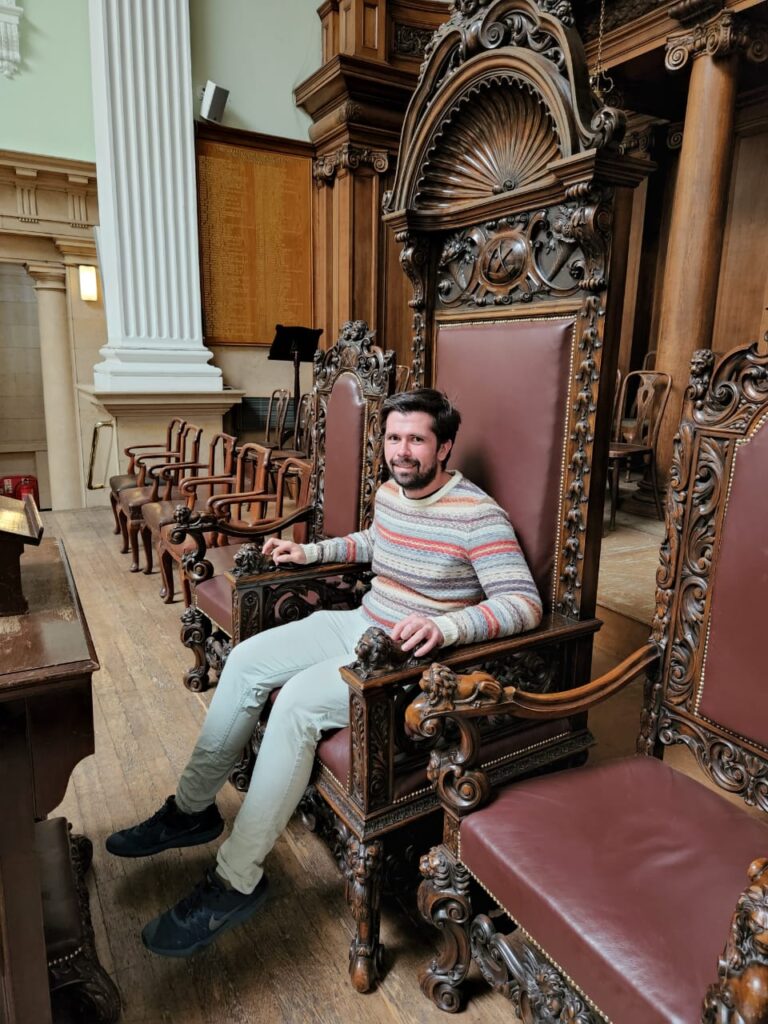